Grant is ‘game changer’ for Beacon of Hope 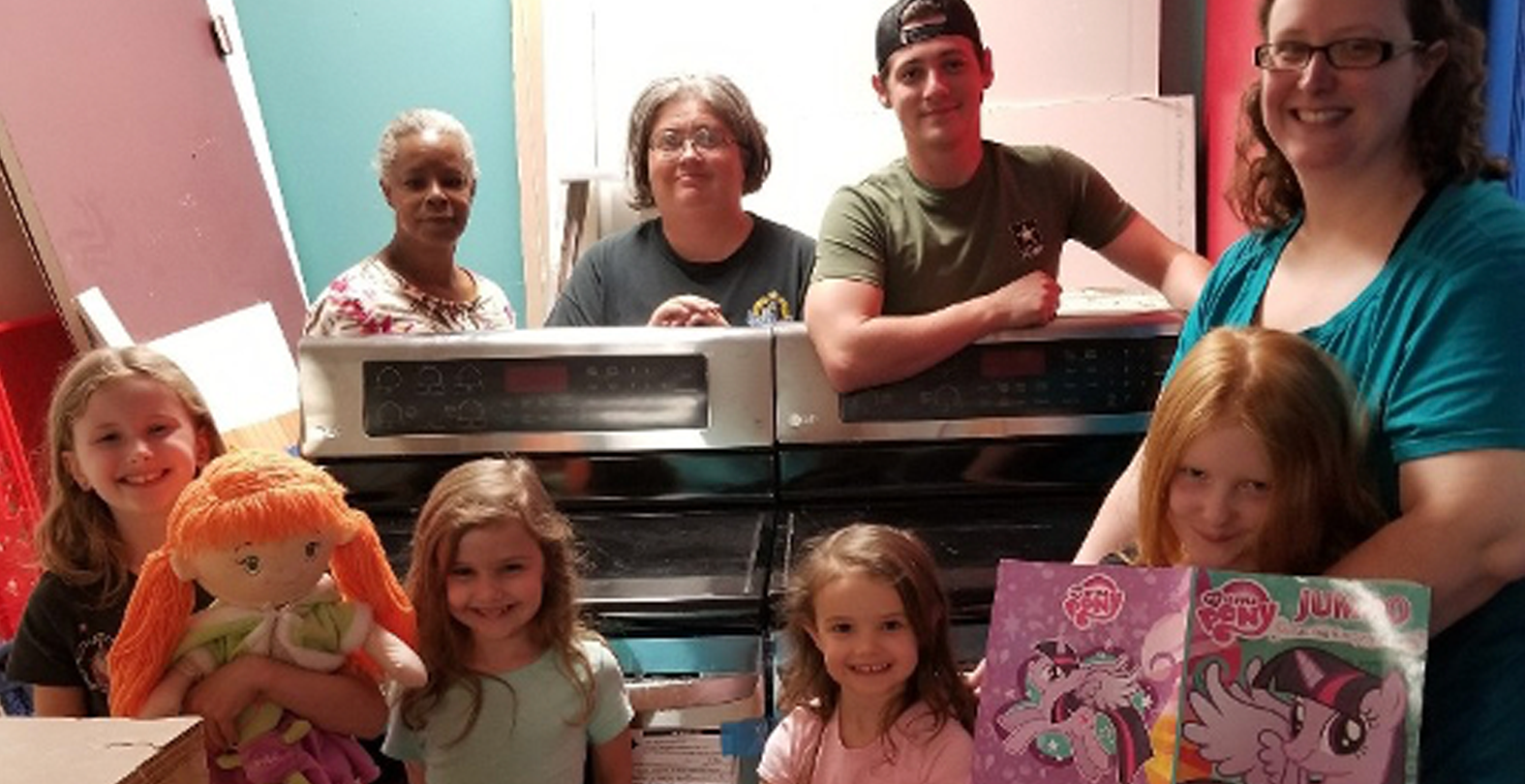 Two burners didn’t work and the oven cooked unevenly on the old stove at Beacon of Hope Emergency Shelter in Winchester, KY.

Under those conditions, boiling water to cook spaghetti was an all-day task. Making garlic bread was out of the question.

“We made do with what we had, and we were grateful for what we had,” said Rachel Grigsby, treasurer for the all-volunteer shelter and a former Drayer Physical Therapy employee, “but this is going to be a game-changer.”

“$1,300 may not sound like a big number, but think how many lives are touched for the better because of the meals those stoves provide.”

“This” is two new stoves and an over-the-range microwave oven purchased with a $1,300 grant from Pillars with Purpose.

Jeff Wills, an area director who had worked with Grigsby at Drayer, set the grant in motion when he asked her whether Beacon of Hope had a particular financial need.

The local Lowe’s “cut us a great deal” on the new appliances, Grigsby said, and volunteers from a local factory renovated the kitchen.

The result is modern commercial-quality space that will vastly simplify the process of preparing 210 meals per day. Wills plans to bring a group of Drayer volunteers with him to prepare a meal for Beacon of Hope clients in the new kitchen.

Robbe Bendick, executive director of philanthropy, noted how even relatively modest grants can have a profoundly positive effect upon receiving charities.

“Thirteen hundred dollars may not sound like a big number, but think how many lives are touched for the better because of the meals those stoves provide every single day,” she said. “It’s pretty powerful.”

Grigsby, who worked for Drayer for 13 years, co-founded Beacon of Hope five years ago this December. She had taught Sunday school and worked with youth but found her true calling when her friend, Michele Bradford, asked her to help start Beacon of Hope. The shelter is wholly funded with donations.

Grigsby said she hadn’t realized — and didn’t believe — that Winchester had a homeless problem until she got involved with Beacon of Hope.

The homeless might be a family of four fleeing domestic violence or victims of a house fire. They can range in age from newborn to 90s.

Beacon of Hope, she said, provides “a place for people to go when everything falls out from under them.”